Brain-harming chlorpyrifos to be banned on US food crops

US EPA ordered to ban use of neurotoxic insecticide

AUGUST 2018 – A California appeal court has ordered the US Environmental Protection Agency (EPA) to ban the use of the neurotoxic pesticide chlorpyrifos on food crops.

The court found that the EPA had acted illegally in failing to ban the chemical last year in the face of solid scientific evidence of its harmful impacts on children’s brain development. Studies have found that children of mothers exposed to the pesticide during pregnancy have higher risks of low birth weight, developmental delays, lower IQs and autism. 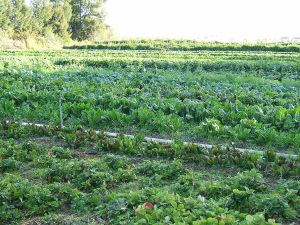 In 2015, EPA staff scientists proposed a ban on agricultural uses of chlorpyrifos, but in 2017 the Trump-appointed head of the agency overruled EPA’s technical advisors and allowed agricultural use of the pesticide to continue. The latest California court order requires the federal agency to issue a ban on the use of chlorpyrifos on food crops within 60 days of the decision.

Chlorpyrifos is not a weed control product. It is an organophosphate insecticide that has been used in the United States on some 50 vegetable, fruit and nut crops. In health studies, researchers identified higher-than-permitted levels of the chemical in children of farm workers and in people exposed through pesticide residues in food.

Health Canada is scheduled to hold a public consultation on uses of chlorpyrifos in this country in November 2018. The pesticide is not permitted for residential use in Canada. Despite its adverse effects on children’s health, chlorpyrifos is allowed on some agricultural crops in Canada and for some specialized purposes such as larval mosquito control (e.g. in Edmonton) and against elm bark beetles (e.g. in Winnipeg).

Posted by updatecpbm on August 16, 2018 in Uncategorized and tagged chlorpyrifos, EPA, health, pesticides.